Not all bugs are what you’d call dangerous. Flies are usually little more than a nuisance. And while the occasional ant bite is frustrating, it’s rare to have a severe allergic reaction.

Some bugs, though, need to be avoided. Ticks are one such example. Aside from the fact that they have the repulsive habit of attaching themselves to you and sucking your blood, ticks are capable of spreading a wide range of diseases. 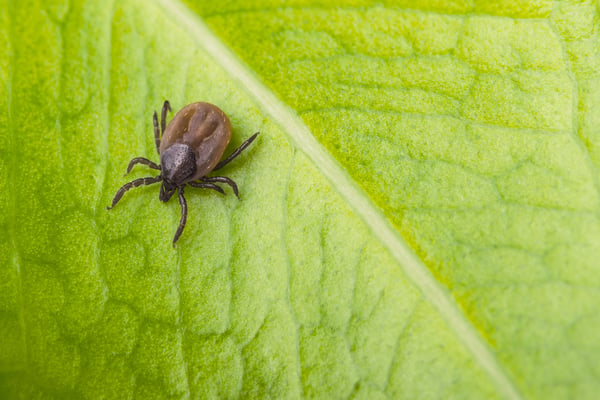 One disease commonly associated with ticks is Lyme disease. However, not all ticks are capable of carrying and spreading Lyme disease. In fact, only a handful of tick species (out of thousands of species worldwide) transmit disease.

Are you wondering which species of tick are capable of infecting you with Lyme disease? Keep reading to find out.

Ticks That Can Transmit Lyme Disease

Lyme disease is spread through a bacteria called Borrelia burgdorferi. This bacteria is carried by around 50% of adult female ticks and nymphs, and can be spread to a host roughly 36 to 48 hours after the tick has bitten the host and begun to feed.

In the United States, two species of ticks are known to carry Lyme disease:

Here in South Carolina (as well as in the mid-Atlantic, northeast, and north-central United States), the deer tick, also known as the blacklegged tick -- is capable of passing Lyme disease on to a host. On the west coast of the United States, the western blacklegged tick can carry and spread the disease.

Think you may have a tick bite? Check out this blog for the signs, symptoms and treatment options for tick bites.

If you’re suffering from a tick bite, it’s important to remove the tick as quickly as possible. Here’s a blog on how to remove a tick the right way.

While both the deer tick and western blacklegged tick can carry and transmit Lyme disease to humans, there are a large number of other tick species in the United States that don’t carry or spread the disease. These include the following tick species: 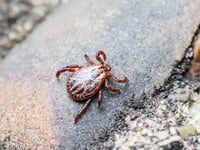 Keep in mind that just because a tick doesn’t carry Lyme disease, doesn’t mean that a bite from that tick is entirely without risk. For example, the Rocky Mountain wood tick, brown dog tick, and American dog tick are all capable of carrying and spreading Rocky Mountain spotted fever.

While ticks might be the vector for infecting humans with Lyme disease, the bacteria responsible for the infection doesn’t actually originate in ticks.

Instead, ticks pick up the Borrelia burgdorferi bacteria from other animal hosts, and then pass it on to humans later. While deer are one of the most common sources of the bacteria (as deer are a common mating and feeding site for ticks), both nymphs and adult ticks can be found feeding on the following animals:

How To Avoid Tick Bites

The best way to prevent Lyme disease is to avoid being bitten by a tick in the first place.

If you’re going for a hike, spending time in a field, or walking through areas of tall grass, underbrush, or woods, it’s important to wear long pants and long sleeves that cover as much of your skin as possible. Tucking your pants into your socks or boots is also a good idea, as is wearing a wide-brimmed hat.

In addition to wearing the right clothes, considering using bug repellent. Make sure that the repellent you choose is specifically labeled for repelling ticks, as some insect repellents are ineffective when it comes to keeping ticks away.