Seriously, What Is A Palmetto Bug?

No one likes roaches. For most people, the mere thought of one is enough to make your stomach turn. Imagine them crawling all over your kitchen? AND they can fly?! No thanks!
Unfortunately, the Palmetto State's humid climate and warm temperatures make roaches feel right all year long, making it very likely that you'll encounter at least one or two every once in a while, but what about the dreaded "palmetto bugs" you hear so much about in this part of the country?
When you ask a local what that is, they'll likely reply, “you know, palmetto bugs. Like roaches.” Wait, what?
So what exactly are palmetto bugs? Are they the same thing as roaches? Are they different? Can they fly? Are they dangerous? And, most importantly, what can you do to keep them out of your home?
We’ve put together this quick guide to answer all of your palmetto bug-related questions. Brace yourself! 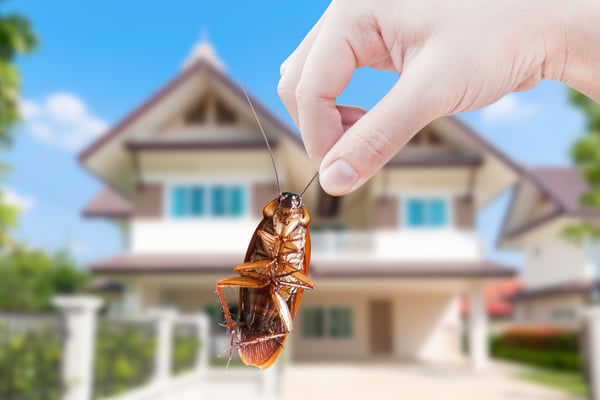 What Is a Palmetto Bug?

Is a palmetto bug a roach? Yes and no.

Many roaches have wings, but some are better at flying than others. While palmetto bugs can indeed fly, it’s definitely not their strong suit. More often than not, you’ll see them doing something more akin to gliding or floating from a higher altitude to a lower one. For instance, they might jump off a wall and “fly” down to the floor below.

Just like other species of cockroaches, palmetto bugs can be dangerous.
For one thing, palmetto bugs can spread diseases, including salmonella, E. coli, and even certain parasites. They also tend to leave a trail of fecal matter wherever they go, spreading these pathogens along with it.
Additionally, palmetto bugs will leave behind various sheddings and egg casings that can trigger asthmatic responses and allergies in some individuals. Oh, and did we mention that palmetto bugs have been known to bite, which can lead to skin irritation?

How To Control Palmetto Bugs

To sum it up, palmetto bugs are 3-inch-long, flying, biting, egg casing-shedding roaches that spread disease and can cause allergic and asthmatic reactions. Now, how can you prevent them from entering your home?
Palmetto bugs are capable of flattening themselves down almost entirely, which means they’re very good at entering homes by slipping through the smallest of cracks. That being said, you’ll need to ensure that there are no gaps around the outside of your home, including around windows, screens, pipes, and so on to keep them out. It’s also helpful to remove dog and cat food from the ground when your pets are finished eating, as it is known to attract various kinds of roaches (including palmetto bugs).
In the event that you do end up with a palmetto bug infestation, you’ll want to contact a roach control professional right away. At Home Pest Control, we’ll start by eliminating any palmetto bugs currently residing in your home. From there, our Home Shield Pest Prevention Programs will ensure that you never have to deal with them again!