5 Mosquito Facts You Need To Know

Mosquito Season Is Coming: Here Are 5 Things To Know Before They Arrive

Here in South Carolina, mosquitoes are a major pest. If you venture outside at the wrong time of day or find yourself lounging near standing water -- particularly during the summer -- you’re liable to end up covered in red, puffy, itchy mosquito bites. 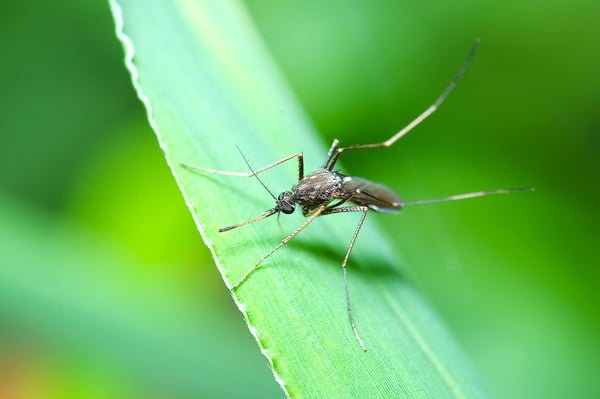 Mosquitoes are more than just a nuisance, however. They can also transmit dangerous diseases, which is one of the many reasons why mosquito control is so important. Unfortunately, getting rid of mosquitoes is rarely an easy task. While there are certain steps you can take to keep them at bay while you’re spending time outside, mosquitoes are experts when it comes to detecting and biting humans and other animals.

Want to find out how to get rid of mosquitoes?

To start, we’ll share 5 important mosquito facts that you ought to know before the summer weather sets in. Learning more about mosquitoes can help you with mosquito prevention.

If you’re already dealing with a mosquito problem, we’ll also discuss where to find help with extermination. It’s important to take action if you have a mosquito infestation. As we’ll see below, the dangerous diseases that some mosquitoes carry can have severe consequences.

5 Facts You Need To Know About Mosquitoes

Have you ever watched a mosquito struggle to fly in a strong breeze or gust of wind? For such a troublesome pest, mosquitoes are incredibly tiny: in fact, the average mosquito only weighs about 2.5 milligrams. As a result of their incredibly low bodyweight, mosquitoes simply aren’t able to resist even moderate amounts of wind.

2. Mosquitoes Can Smell You from Up to 150 Feet Away

Believe it or not, mosquitoes have an extremely keen sense of smell. There are actually two things that humans produce which attract mosquitoes, both of which they can detect from as far as 150 feet away. The first is uric acid, which shows up in your sweat. Ever noticed that you’re more susceptible to mosquito bites when you’re particularly sweaty? This is why.

Mosquitoes are also drawn to carbon dioxide. We exhale carbon dioxide as part of normal respiration, which, unfortunately, attracts mosquitoes from a considerable distance.

This keen sense of smell makes mosquito prevention difficult, particularly during the summer months when we find ourselves working out in the yard, sweating and breathing heavily.

3. Mosquitoes Are Difficult to Detect

Some bugs are easier to detect than others. When a large flying insect lands on you, you’re typically alerted to it. In the case of mosquitoes, things are different. Mosquitoes are so lightweight and stealthy, in fact, that they can walk on a spider web without alerting the spider. Even more surprisingly, they’re capable of walking on water since their light weight isn’t enough to break the surface tension.

As a result, mosquitoes can land on you without alerting you to their presence. That’s why you can end up with a number of bites before you’ve even noticed a single mosquito in the area. This is one reason treating for mosquitoes before they arrive is so important.

4. Mosquitoes Don't Die in the Winter, They're Just Hibernating

Some people think that cold weather kills mosquitoes, but this isn’t entirely accurate. In fact, mosquitoes simply hibernate over the winter. As cold blooded creatures, mosquitoes can’t function well when temperatures are below 50 degrees Fahrenheit. Depending on the species in question, mosquitoes might find a place to nest for the winter before becoming active again in the spring. Or, they may lay eggs in freezing water. These eggs hatch the following spring, meaning that any standing water on your property can result in a mosquito infestation once the weather begins to warm up.

5. Mosquitoes Are the Deadliest Insect on the Planet

How is this possible? Mosquitoes are hosts to a large number of dangerous and sometimes lethal diseases, including malaria, dengue fever, yellow fever, Zika virus, West Nile virus, encephalitis, and a variety of parasites. In the United States, mosquitoes are also carriers for heartworm, a parasite that can be deadly for your pets.

Considering that mosquitoes are capable of transmitting dangerous diseases -- and given that they’re hard to avoid, difficult to spot before they bite, and capable of detecting you from far away -- effective mosquito control is important. Taking active steps towards mosquito prevention on your own is always a good idea. Despite your best efforts, you may still end up with a severe mosquito problem.

If you’re dealing with a mosquito infestation, don’t try to handle it alone: contact the professionals at Home Pest Control for help. Our team of experts can assist you with mosquito prevention and extermination using safe, environmentally-friendly methods. We’ll put together a customized mosquito control plan that fits your specific needs, ensuring that you never have to worry about mosquitoes again.