Is There a Difference Between Roaches and Palmetto Bugs?

Getting Rid of Roaches and Palmetto Bugs: What’s the Difference?

Here in South Carolina, it’s common to hear people refer to roaches and palmetto bugs interchangeably. Some people use both terms, while others will swear that there’s a difference between the two. 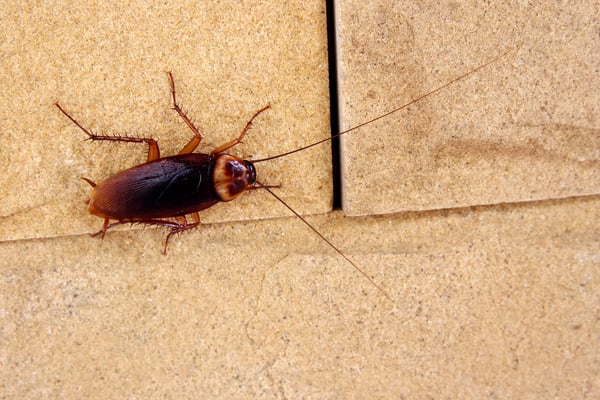 As it turns out, the distinction between palmetto bugs and roaches can sometimes make a difference when it comes to putting together a pest control strategy. But what exactly are palmetto bugs? Are they just a particular species of roach? Is “palmetto bug” just a nickname for roaches in South Carolina? Why not just refer to all roaches as palmetto bugs?

What Is a Palmetto Bug?

The term “palmetto bug” is used differently by different people. In some instances, it’s used to refer to roaches, beetles, water bugs, and other types of roach-like insects.

You typically encounter this term in the Southeastern United States, including here in South Carolina. Technically speaking, the term is associated with a handful of different cockroach species, including the American cockroach, the smoky brown cockroach, and the Florida woods cockroach.

Why Are Some Cockroaches Called Palmetto Bugs?

So, where does the name “palmetto bug” actually come from?

In the Southeastern United States, palmetto bug is sometimes the preferred term for a number of different roach species. This is because these roach species are often associated with palm leaves and other palm-like shrubs, as these bushes make for prime roach habitat. Of course, this means that roaches which don’t take up residence in these kinds of plants aren’t technically palmetto bugs. As we’ll see below, there are important differences between palmetto bugs and certain types of cockroaches.

How to Identify Palmetto Bugs

For effective roach control in South Carolina, it’s important to know what kind of roach you’re dealing with. But how do you know if the roach in question is a palmetto bug?

The two most common types of palmetto bugs in South Carolina are the American cockroach and the smoky brown cockroach. The American cockroach is particularly large. They can be identified by their wings, dark brown body, and dark markings which look like sunglasses. They also have the ability to fly, and will sometimes fly toward light sources.

Meanwhile, the smoky brown cockroach is a bit smaller than the American cockroach. While they’re a similar dark brown color, they don’t have the same sort of markings. They do have wings, though, and are capable of flying.

Both the American cockroach and smoky brown cockroach can sometimes bite. Their bites can lead to skin irritation and may become infected.

Where Will You Find Palmetto Bugs?

When it comes to your home, palmetto bugs are typically found in basements, crawlspaces, and drains. They’re attracted to food sources, which can include everything from kitchen crumbs and sticky kitchen surfaces to cardboard and book binding.

If you think you might have a palmetto bug infestation in your home, it’s important to check in the right places. If you see a couple of bugs in your kitchen, you could actually be dealing with a much larger population elsewhere in your home. Check your basement, crawl space, and the area around the foundation of your home for signs of an infestation.

Is There a Difference Between Palmetto Bugs and Cockroaches?

In many instances, people use the term palmetto bug interchangeably with the word roach. But this isn’t always appropriate.

As mentioned above, palmetto bug refers to a handful of roach species which tend to inhabit both shrubbery and palm plants as well as basements, crawl spaces, and sewers. However, not all species of cockroach will take up residence both indoors and outdoors.

The German cockroach lives primarily in bathrooms, kitchens, and other areas where food is present. Unlike palmetto bugs, you don’t typically find them living outdoors in shrubbery or mulch piles. German cockroaches are also particularly prolific breeders: a single female German cockroach is capable of producing a colony of over 30,000 roaches within the span of a single year.

Getting rid of roaches or palmetto bugs starts with correctly identifying the species in question. That’s one reason why it’s best to work with a professional roach control company here in South Carolina, rather than trying to take care of the problem on your own.

So, how do you control roaches and palmetto bugs here in South Carolina?

It starts with taking preventive measures. Be sure to keep your kitchen clean: don’t leave food out overnight, and always wipe up crumbs. Cover food and store it properly. Don’t let trash accumulate in your kitchen, and reduce clutter as much as possible. If you can, it’s a good idea to seal up cracks and crevices around the outside of your home, as this will make it harder for roaches to invade.

Think you already have a roach infestation on your hands? If so, contact the professionals at Home Pest Control. We have the knowledge and experience needed to help you get rid of roaches and palmetto bugs. Plus, our pest control methods are safe for your family and the environment.

Want to learn how to prevent pests all year long? Download our free pest control calendar for homeowners!