How To Get Rid of Spiders

South Carolina is home to a long list of insect pests. But while many are little more than a nuisance, some can be downright dangerous. And with more than 600 species of spiders in the Carolinas alone, the odds are good that you’ll encounter a spider in your home sooner or later. 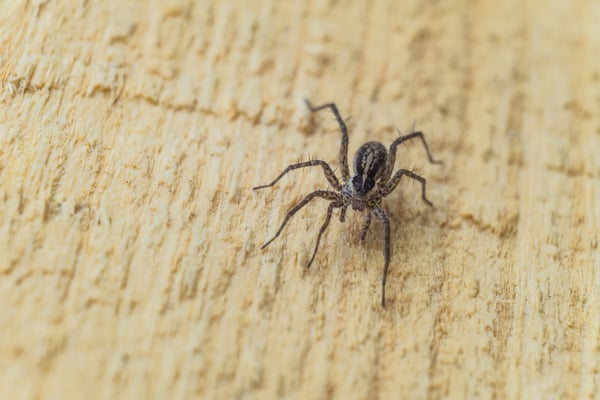 If you find yourself especially frightened of spiders, you’re not alone: in fact, arachnophobia is one of the most common phobias in the United States. Many scientists believe that we’re evolutionarily hard wired to be afraid of spiders. This makes sense, of course: some spiders are poisonous, and steering clear of them is a good idea. But when they invade your home, you can’t just avoid them. Instead, you have to take action to get rid of them.

While no one wants to encounter a spider in their home, it’s worth keeping in mind that not all species of spiders are harmful. In fact, many of them are beneficial. They catch other, more bothersome insects in their webs, effectively reducing the number of pests that we encounter. Without spiders, we’d find ourselves confronted with far more insects in and around our homes.

That being said, some species of spider are dangerous. Below, we’ll take a closer look at two species of poisonous spiders found here in South Carolina: the brown recluse and the black widow. We’ll also explain how to kill spiders in your home, tips for spider control and prevention, and when it’s a good idea to call in the professionals.

Here in South Carolina, there are literally hundreds of spider species that you might encounter. Some prefer an outdoor habitat, while others are often found inside homes and other buildings. But of all these spider species, there are two that you should be the most concerned with: the brown recluse and black widow.

Brown recluse spiders are on the smaller side, typically measuring only 1/2" in length. They’re very quick, however, which can make them difficult to spot as they scurry across the floor. Aside from being brown in color as their name implies, one thing that sets the brown recluse apart from other spiders is the violin-shaped marking on its body. If you see this marking, you’re almost certainly looking at a brown recluse.

When a brown recluse bites you, it may be a number of hours before you begin to feel any discomfort. As time passes, however, you’ll begin to experience pain and swelling at the site of the bite. You may experience a range of other symptoms, too, including restlessness, difficulty sleeping, and fever. Eventually, the tissue around the bite will necrose, sloughing off from the body. This can lead to an open sore that’s prone to infection. If you’ve been bitten by a brown recluse spider, be sure to seek medical attention.

In addition to the brown recluse, another dangerous spider species in South Carolina is the black widow. These spiders are relatively easy to identify: they measure anywhere from 3 to 13 mm (1/8" to 1/2") in length, and are black in color. What makes them easy to identify isn’t their size or body color, however. Rather, it’s the distinctive, bright red, hourglass-shaped marking on their abdomen.

While black widow spiders aren’t necessarily aggressive, they’ll bite if they feel threatened. Females are especially likely to bite after laying their eggs in an attempt to protect their young. Victims often experience pain immediately after being bitten. This initial pain is sometimes followed by muscle cramping and additional pain several hours later. The pain and cramping will sometimes radiate, leading some bite victims to believe that they’re suffering from a severe condition such as a heart attack. The bite is also sometimes accompanied by sweating, fever, nausea, and elevated blood pressure.

If you’ve been bitten by a black widow, be sure to seek medical treatment.

How to Kill Spiders In Your Home

One option involves using a household vacuum cleaner. Many spiders spin webs, and you’ll often find spiders in your home building webs in corners, attics, and basements. Vacuuming up these webs can remove spiders, webs, and egg sacs all in one go. In particularly hard to reach areas, it’s possible to use a broom rather than a vacuum to remove webs.

In addition to eliminating their webs, you can also get rid of spiders via more traditional pest control methods. Glue traps placed in closets, attics, basements, and garages can catch spiders in addition to other insects. Just be sure that they’re not within reach of children and pets.

Finally, remember that it’s always possible to kill spiders the old fashioned way: by stomping on them with a shoe, or smashing them with a rolled up magazine. If you prefer a more humane approach, you can plan an inverted glass over a spider, slip a piece of paper underneath to trap the spider inside, and then release it outside your home.

If you’re experiencing a spider infestation, you’ll likely find that killing individual spiders around your home isn’t practical or effective. Instead, it’s important to take the proper steps toward spider prevention in order to make a significant dent in the population. If you’ve only encountered one or two spiders in your home, following the necessary steps for spider prevention can go a long way towards ensuring that you don’t end up with an infestation.

First, it’s important to understand that spiders typically enter your home through small cracks and gaps around the exterior. If you want to prevent spiders from coming into your home in the first place, it’s a good idea to seal up your home as much as possible. Go around the outside of your home and check for cracks around windows, doors, and pipes. These can often be caulked with a silicon-based sealant.

Keeping the outside of your home neat and tidy will also help to prevent spiders. If you have a basement, attic, shed, and/or garage, clean up these areas and eliminate any existing webs. Remove excess debris, as this can serve as spider habitat.

Finally, remember that spiders are drawn to food sources. This means that the presence of other insects in and around your home will increase the likelihood of ending up with spiders. Have traditional outdoor lighting? This can attract insects at night. Consider replacing your outdoor bulbs with sodium vapor or warm-colored LED bulbs, as these are less likely to attract bugs. Do you tend to leave your windows open during warm weather? Make sure you have screens installed, and ensure that they’re free of holes and gaps. Keeping the interior of your home as clean as possible can help, too. Pay special attention to your kitchen: uncovered food or crumbs on the counter can attract a wide range of insects.

If you’re only dealing with a minor spider problem, you may be able to take care of it on your own. But if you’ve encountered poisonous spiders in your home, or if you find that have a major spider infestation, you’ll want to contact a pest control professional. Here at Home Pest Control, our team of expert technicians can get rid of spiders in your home quickly and easily. We have years of experience working in South Carolina, and our pest control methods are safe for your family and the environment.