5 Mosquito-Borne Diseases You Should Be Wary Of

Mosquitoes cause the most human suffering than any other organism in the world. Over a million people worldwide die from mosquito borne illnesses every year. Though we generally accept mosquitoes as a part of Southern living, it’s important for you to know what you’re up against and to prepare accordingly. 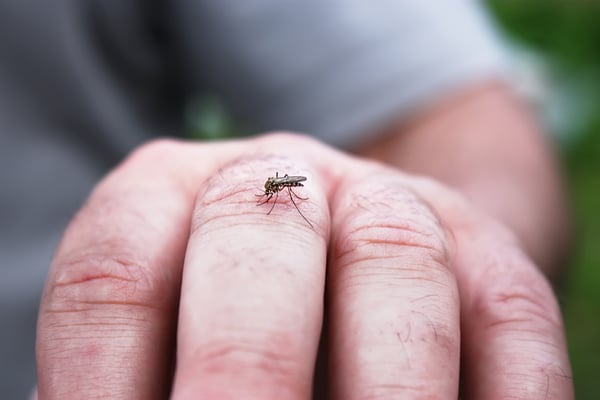 The first step is to learn about the dangers that mosquitoes can introduce to your family. And one of the primary concerns is disease. Malaria, dengue fever, West Nile virus, chikungunya, yellow fever, filariasis, tularemia, dirofilariasis, Saint Louis encephalitis, Eastern equine encephalitis, Ross River fever, Barmah Forest fever, and Zika fever are just a few examples of diseases that can be introduced to your family this season.

For your reading (and learning) pleasure, we’ve narrowed it to the top 5 that you should be wary of.

Malaria is probably the most well-known mosquito-borne pathogen caused by a parasite carried by female Anopheles mosquitoes. Malaria can cause fever, chills, and other flu-like symptoms. If not treated properly, it can result in severe complications and even death.

In 2016, it was estimated that there were 216 million cases of malaria worldwide, resulting in about 445,000 deaths. In the US, about 1700 cases were diagnosed, mostly from people who traveled to countries where malaria was common (South Asia and Africa) or immigrants returning home from the same region. Travellers must take necessary precautions before traveling abroad to prevent the reemergence of these diseases.

Dengue fever, also called breakbone fever, is related to several other viruses transmitted by mosquitoes, and depending on the severity, it can be classified differently. Aside from standard dengue fever, there’s also dengue hemorrhagic fever, severe dengue fever, and dengue shock syndrome (DSS). Dengue fever is another that produces flu-like symptoms as well as rashes, muscle and joint pain, and even serious bleeding or shock, which can be fatal.

The incidences of dengue fever have grown dramatically in recent decades. There are an estimated 390 million cases of dengue fever annually worldwide, with half a million developing into dengue hemorrhagic fever. Of those, 25,000 result in death. The disease common in South Asia and South America, with outbreaks surfacing in Florida in 2013. There is currently no specific treatment for dengue fever, but a vaccine is in the process of being developed.

Triple E is listed by the CDC as one of the most severe mosquito-transmitted diseases in the United States, occurring only in states east of the Mississippi River, primarily along the Gulf or the Atlantic. Most people infected with the virus show no symptoms; in most cases, humans are “dead-end hosts” for the virus.

Severe cases begin with the onset of a headache accompanied by flu-like symptoms. It quickly progresses to produce disorientation, seizures, and comas. Triple E has a 33% human mortality rate and leaves many survivors with significant brain damage. In horses, it is almost always fatal. A vaccine has been developed for horses, but no such vaccine exists for humans. There is no cure for Triple E; care is based on presenting symptoms.

WNV, similar to Triple E, is diagnosed differently depending on severity. From less severe to most, WNV is diagnosed as West Nile Fever, West Nile Encephalitis, and West Nile Meningitis. About 1 in 5 people infected with WNV will develop symptoms, and 1 in 150 infected will develop into a serious, sometimes fatal, version of the disease.

In 2017, only 17 cases of WNV were reported in the state of South Carolina. In the United States, less than 40,000 cases have been reported since 1999, when the first case of WNV was diagnosed in America. That said, because the symptoms of WNV mimic those of other common ailments, its prevalence is grossly underreported. WNV cannot be passed from person to person and there is no cure. Care is determined based on severity of the condition.

Don’t forget about your pets, too! Mosquitoes pose a very real threat to the furrier members of your family, both dogs and cats alike. Heartworm is transmitted from mosquitoes when the mosquito bites an infected animal. The larvae of the roundworm is carried by the mosquito which is injected into the bloodstream of the animal, circulating through their body until the larvae mature into heartworms.

There seems to be a higher concentration of cases of heartworms in the southeast coastal region of the United States (hey, that’s us!). Of course, there are risks and complications associated with heartworms, but death is rare. Taking the necessary precautions for your pets and keeping them up to date on their vaccines and preventative medications will be your best course of action for protecting your pets this summer.

Mosquitoes are not to be taken lightly. Though usually an annoyance at worst, mosquitoes have the potential to introduce fatal ailments to your family. Check out our other blogs on how to prevent mosquitoes this season, or give us a call to discuss your mosquito control options. We’re eager to help you protect what matters year-round.