The 10 Bugs You'll See The Most This Summer

The Top 10 Most Common Summer Insects

During the summer months, pest activity is heightened thanks to the warmer weather. On top of that, it’s likely that your family is spending a lot more time outdoors, increasing the chances you’ll have a run in with more bugs than usual. 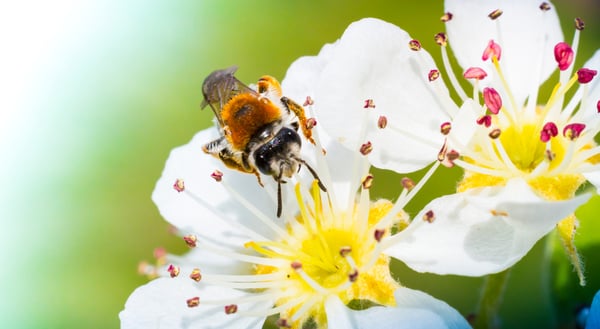 When you spot a bug, you’re likely asking, “What kind of bug is that?” and “Is it dangerous?” In this post, we’ll take a look at the 10 most common summer bugs and pests insects you might encounter over the summer months and if they’re cause for concern.

According to the EPA, bed bugs have been around for a long time. They live in our sheets and comforters, and they’re known for being a huge nuisance and causing incredibly itchy bites. Plus, getting rid of bed bugs can be a huge challenge.

While bed bugs are considered a year-round pest, you’re more likely to run into them if you’re traveling and staying in hotels, Airbnbs or other rentals. Learn more about where bed bugs come from here.

Here in South Carolina, spiders come in all sorts of shapes and sizes. Depending on the environmental conditions, you may run into black widows, brown recluses, common house spiders, Carolina wolf spiders, black & yellow garden spiders, and more. Black widows and brown recluses are particularly dangerous: in fact, the venom from a black widow is 15 times more powerful than that of a rattlesnake!

There are a wide variety of ant species out there. Some, like sugar ants, are a simple nuisance: they spend their time looking for sweets inside your home, but are incapable of biting. Others, such as the crazy ant (which gets its name from its frantic behavior), can actually chew through electrical wiring. In some places, they’ve even caused blackouts! Fire ants can be a real problem here in South Carolina, too: their bites are incredibly painful.

When you see a bee, there’s usually little cause for concern. Most types of bees are quite docile, even when swarming. However, don’t mistake a hornet, wasp, or yellow jacket for a bee. While similar in appearance, these insects can be incredibly aggressive. Their stings can result in serious allergic reactions, too, some of which require medical attention.

When it comes to home pest control, many homeowners are simply looking to eliminate a nuisance. Termites, though, are much more than just a bother. In fact, they’re known to cause literally billions of dollars in property damage each and every year. Termites feed on the wood structure of your home, and repairing the damage that they cause can be both expensive and time consuming.

We tend to think of mosquitoes as one of the most bothersome insects around: it’s hard to spend a summer evening out and about without getting at least one mosquito bite. That said, mosquitoes are also known to carry dangerous diseases, and can transmit heartworms in pets, making it important to minimize their presence in and around your home with the help of the right mosquito control program.

One of the worst things about ticks is how challenging they can be to detect. If you pick up a tick (or three, or four) while out for a hike or doing yard work, you may not even realize that you have one. For this reason, it’s important to make a habit of checking yourself for ticks after spending time outdoors. Ticks can spread Lyme disease, but removing them immediately can reduce your risk of contracting it.

Everyone agrees: roaches are unpleasant creatures. Whether it’s the German cockroach (measuring around ½” in length) or the American cockroach (which can grow up to 2” long), they’re an unpleasant thing to have in the home. The World Health Organization has determined that they’re capable of spreading disease as well, making them potentially dangerous.

Cicadas only come out of their underground burrows once every 17 years, and 2017 was a big cicada year. With that in mind, we’re unlikely to see many more of them until 2034. When they do come out, though, they can be an incredibly noisy nuisance.

If you find yourself with pests inside your home or in your yard this summer, contact our team for affordable and effective pest control services. Be sure to also download our Summer Pest Control Guide below for more information on summer pest prevention and control.